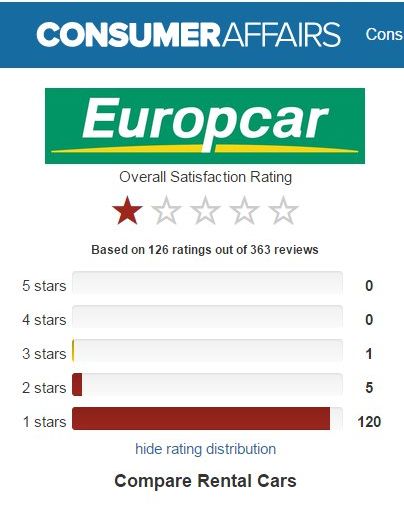 Renting a car can be tricky. Multiple offers and plurality of options. At the end you choose the best price for quality taking care of various clauses and footnotes.
During my trip to Australia I used  Hertz  for the Northern Territory and  Europcar  for Queensland.

From Darwin to Ayers Rock I have driven more than 4000 km and when I returned the car, after one full week, the employee congratulated for how clean was the car after 7 days in the Australian desert. I paid what agreed and I took my plane to Airlie Beach via Sydney. Rental company: Hertz
At Airlie Beach I rented another car, this time with EUROPCAR and only for two days. At the retreat bench a very messy lady, while serving me, she wanted to simultaneously check another vehicle.  The owner, more experienced than me, insisted to inspect the car immediately.
(a first alarm should have started blinking)
After more than half an hour that lady gave me the keys and sends me into a parking  shared with a supermarket 500 meters away from her office.
(a second alarm should have started blinking)
Public, unattended park! I would have scanned my car in every detail. But you are on holiday and this is your last thought especially after a very successful experience with Hertz. 48 hours later I returned the car at Cairns airport where another lady did a quick check and in a very dismissive way told me : ok you can go.
(a third alarm should have started blinking)
I trusted and I got hurt.
So, a week after my arrival in Italy, my credit card was charged with 180 € (one hundred and eighty Euros) for a damage found on the car.
I asked explanations and after several emails I discovered that they changed the rear windows for a small scratch found after washing the car.
According to their Regulation point 8.3
If it is not possible to conduct an inspection of the Vehicle with You at the end of the
Rental Period We will use Our best endeavors to confirm the condition of the Vehicle
with You Within 4 working hours of the Final Inspection.
Ok, I have not listened to various alarms that were supposed to warn me and I naively trusted EUROPCAR but once I returned the keys and they told me they washed the car I started to have some doubts.
How do you know that the damage was not caused during the wash?
I therefore ask explicitly whether the washing routine is part of the proper inspection procedures, because the practice seems to me really suspicious.
Nobody gets back to me anymore, despite repeated and continuous reminders.
I contacted  Cairns Office of Fair Trading whose employee suggested me to start a legal action.
Unfortunately a legal action in Australia is very expensive and so what I can really do is to spread my experience as much as I can.

I have also discovered that I was not the only person who received this special treatment but that is a fairly common policy against anyone who does not subscribe an additional damage protection insurance.
Just to complete the story I would like to also let you know the “ethic” behavior of Europcar when I decide to share my negative experience on their Facebook page.
My post was firstly deleted, then I reposted and not only they deleted again my comment but they also banned me from their page! 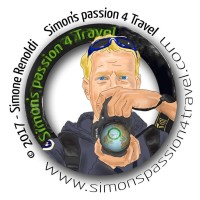